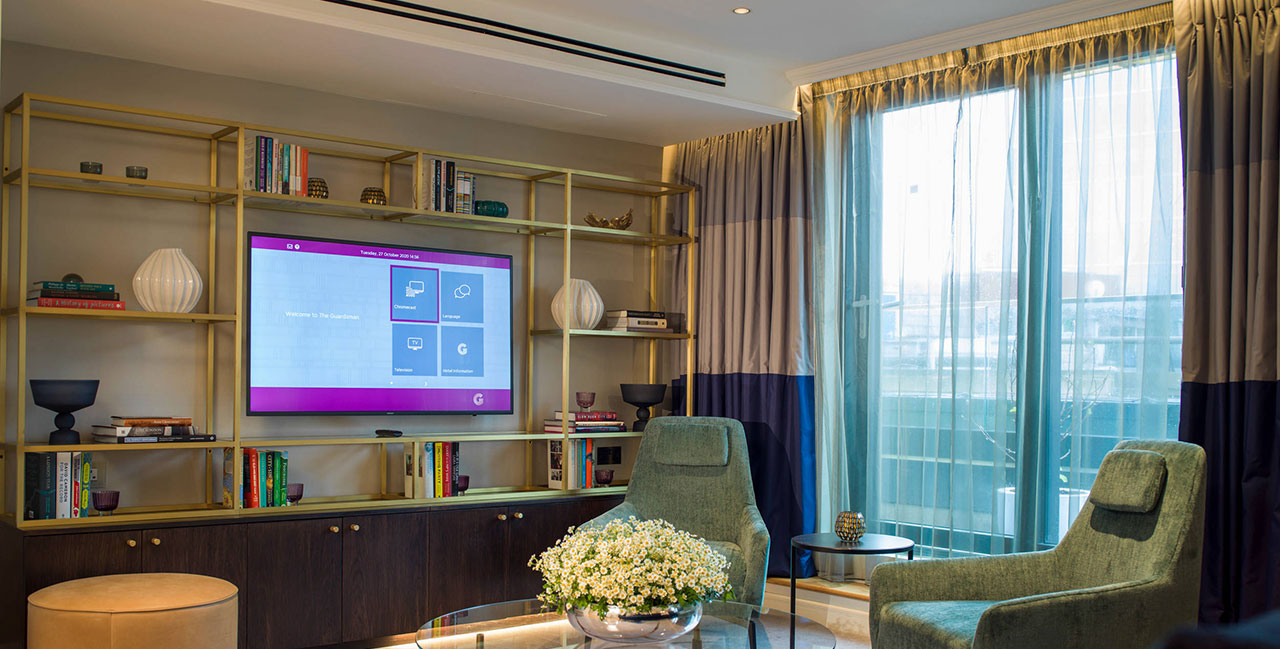 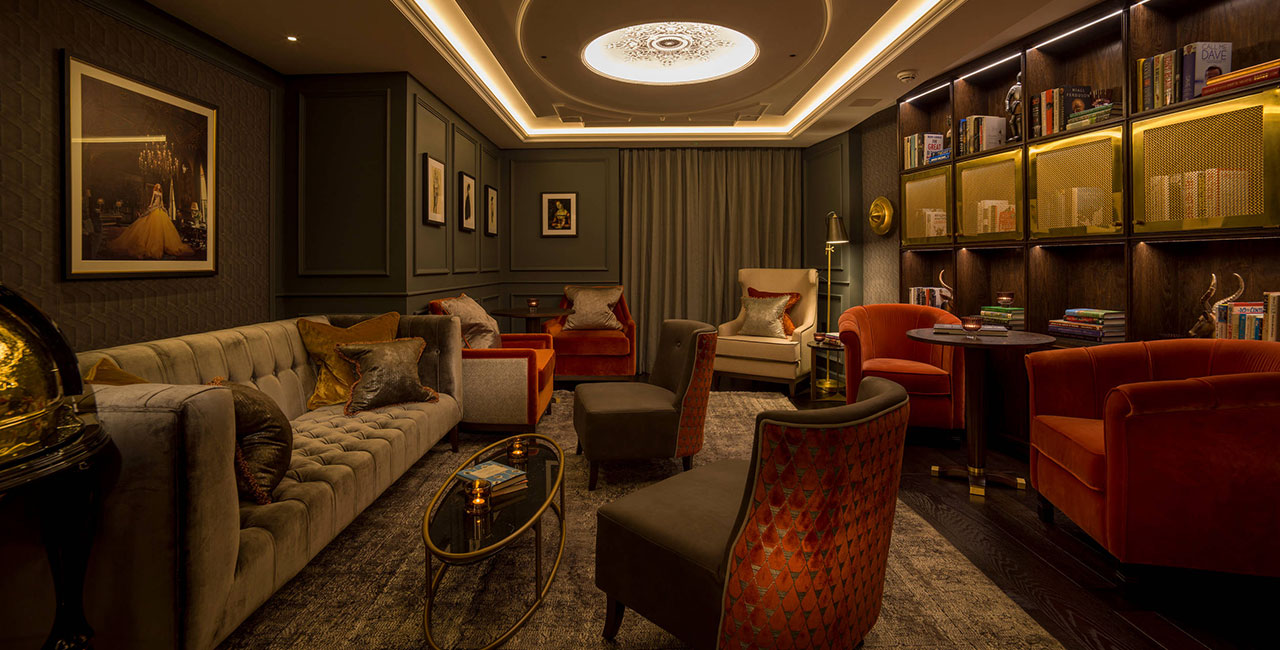 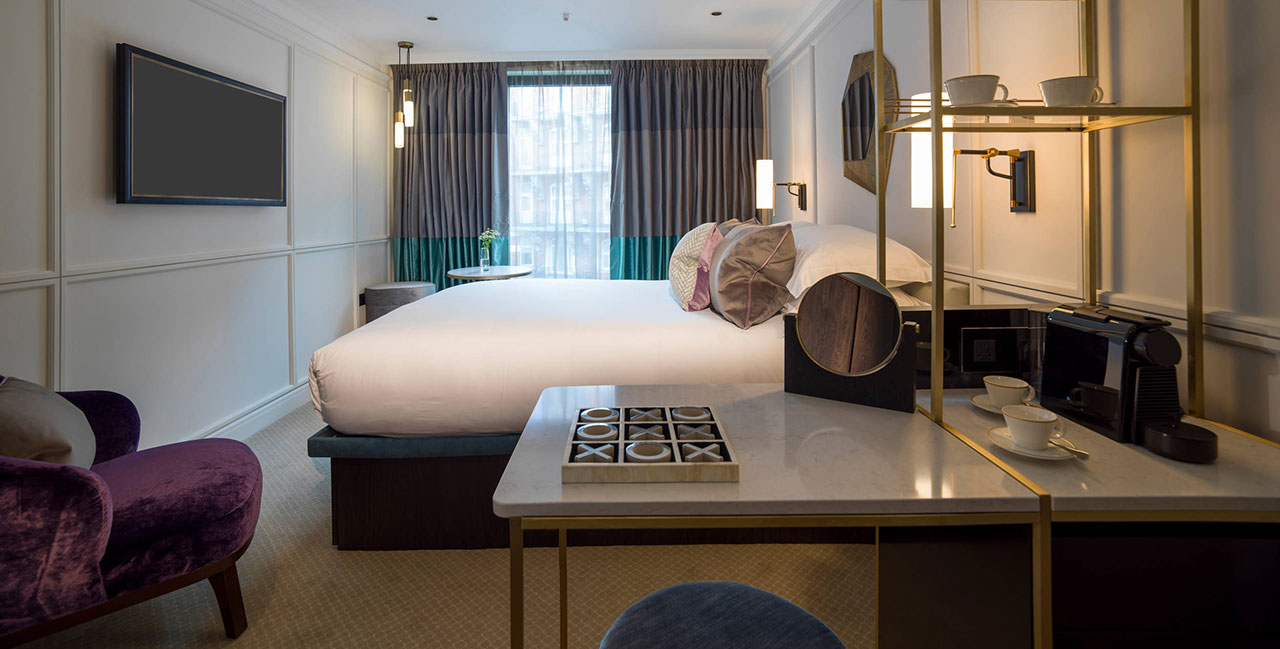 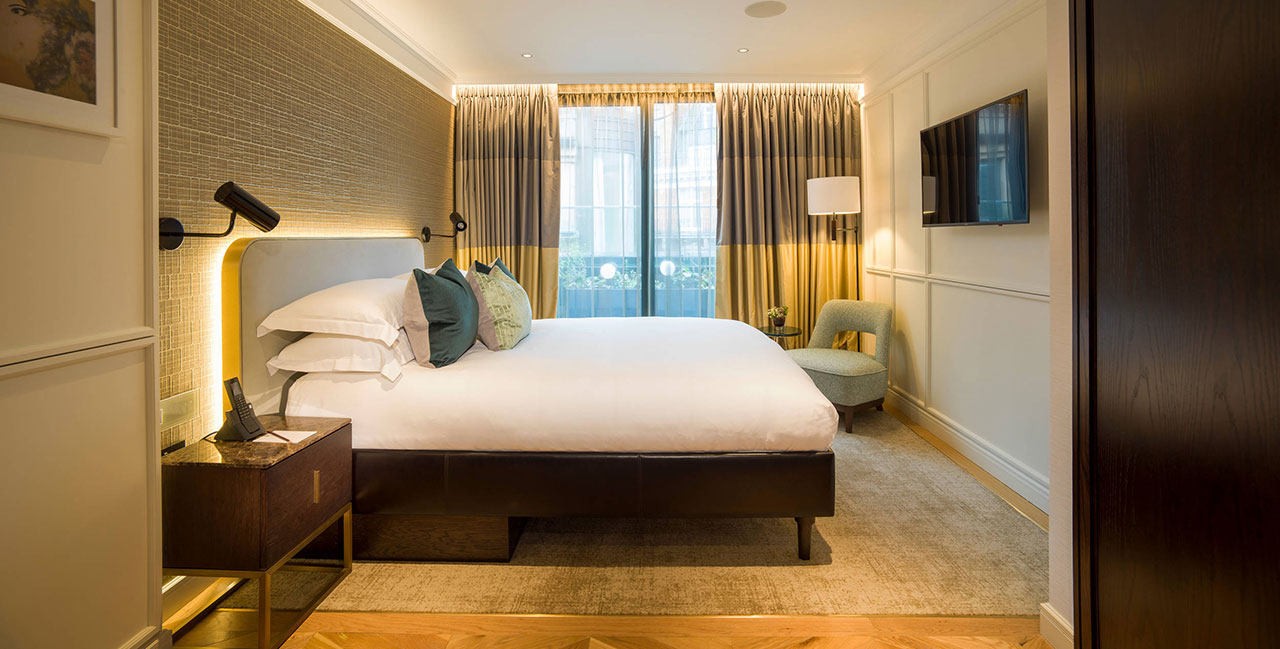 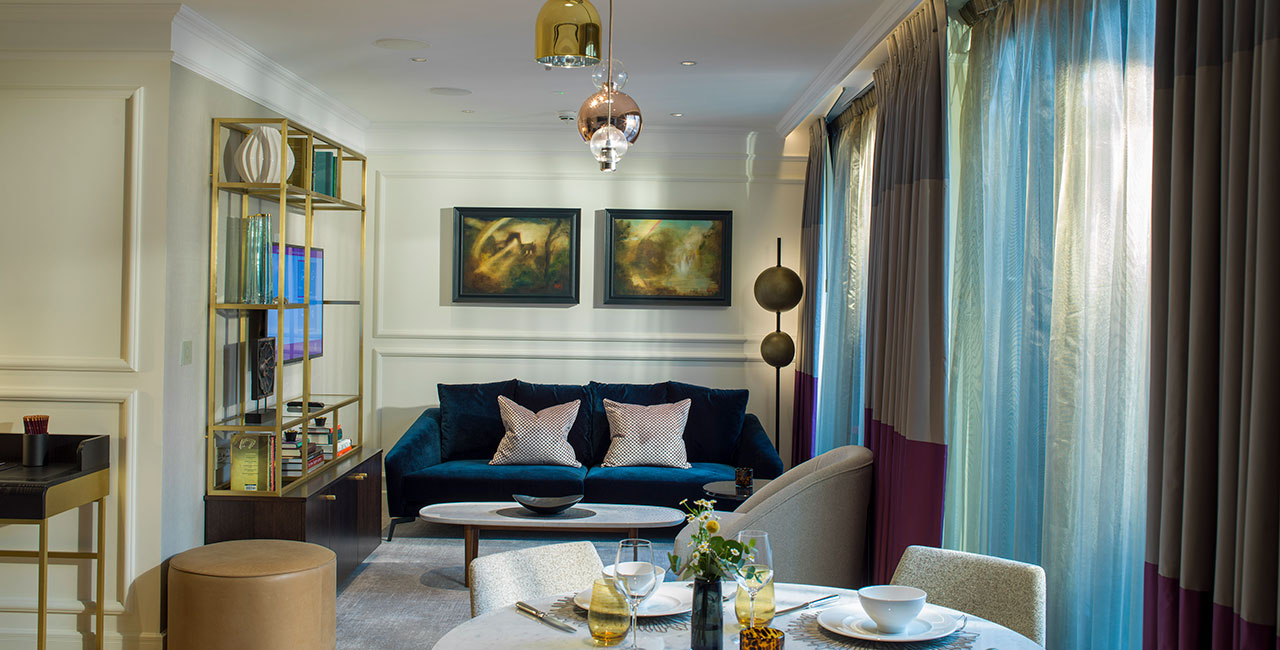 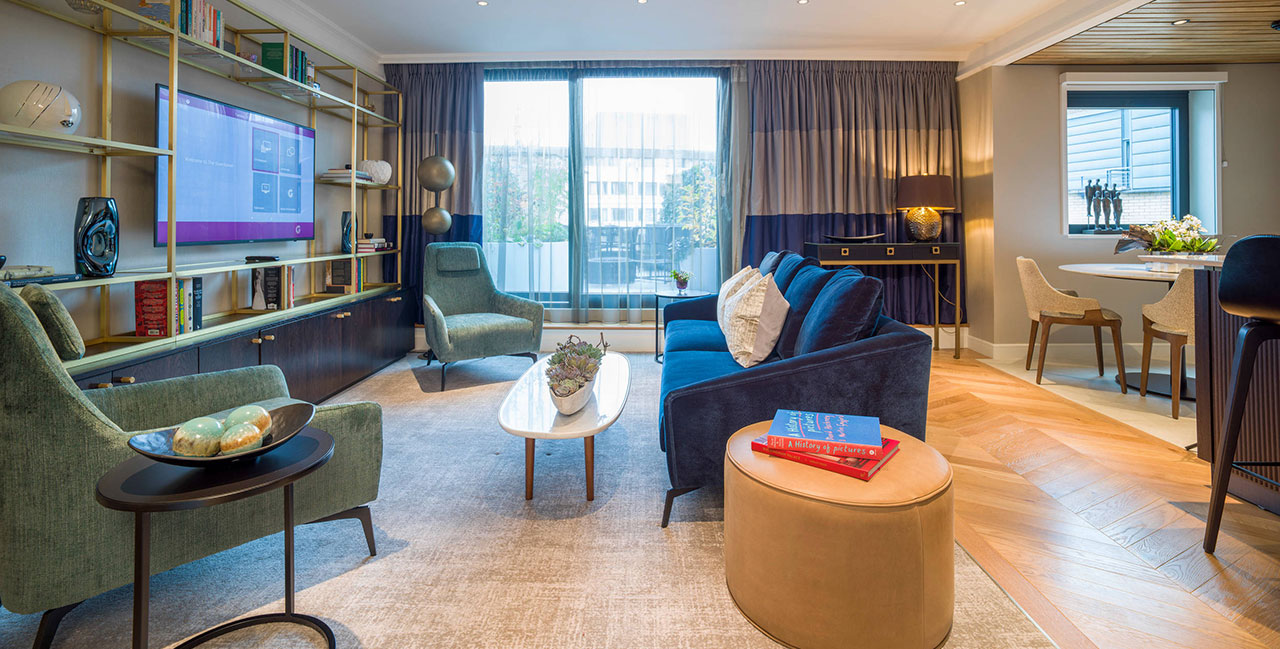 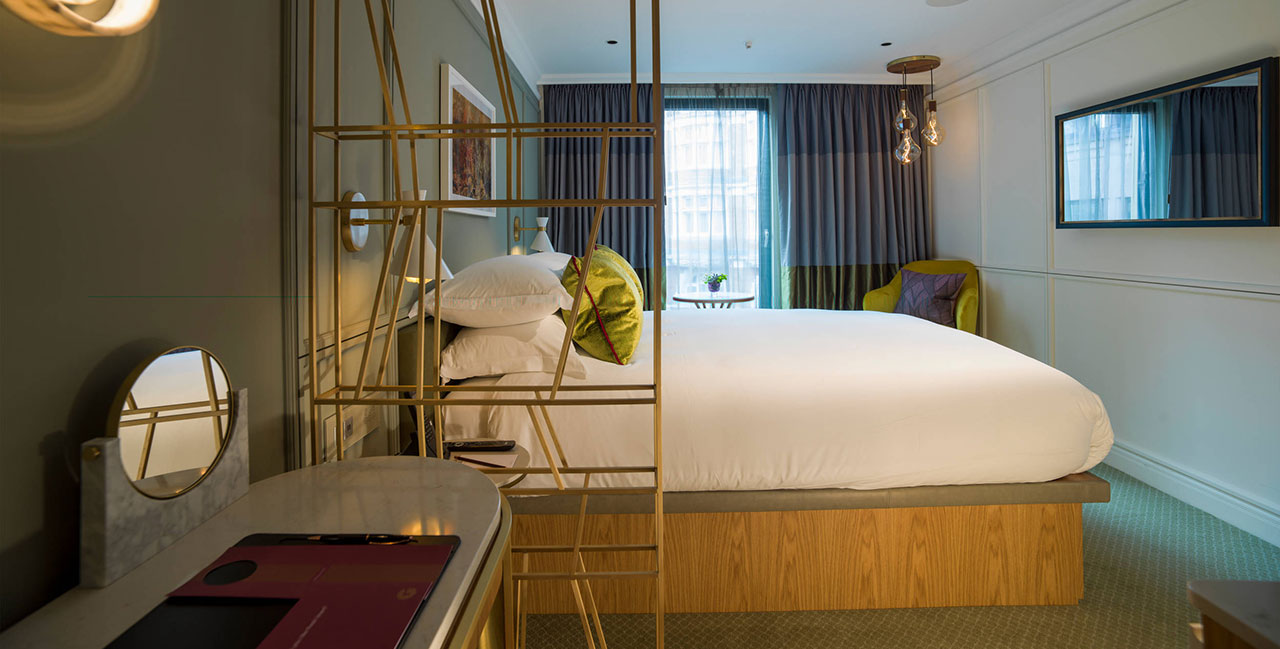 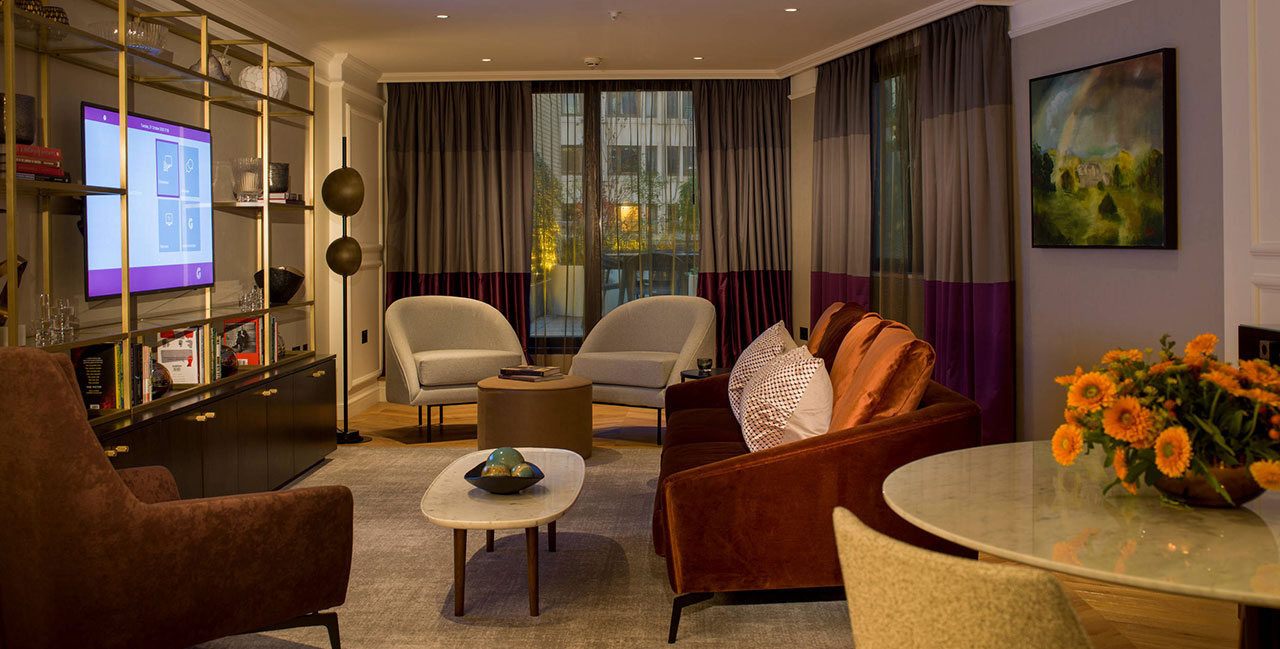 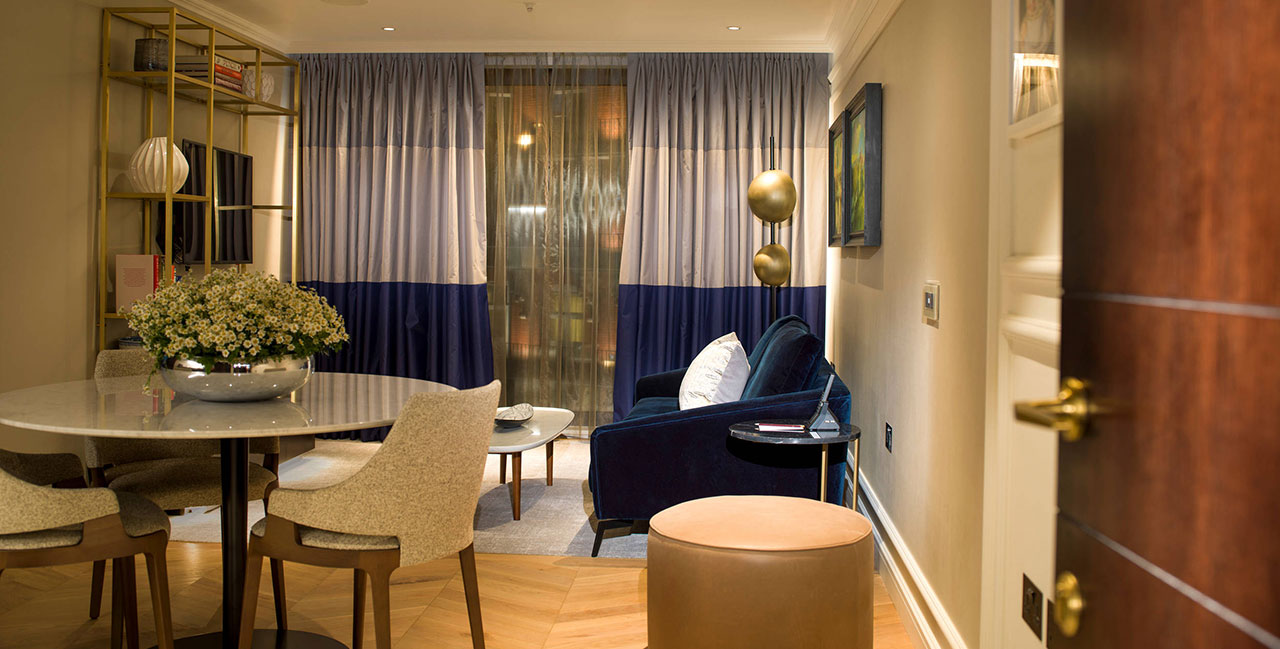 A bold, British statement of an hotel. The Guardsman, but a Guardsman off duty. Solidly British, this hotel feels like entering a private club through a discrete, grey brick entrance. It’s distinguished with all the trappings of a five-star hotel but has the air of a 21st century club, influenced by the elegance of art deco. The drapes had to be perfectly aligned due to the horizontal contrasting fabric bands across the windows.